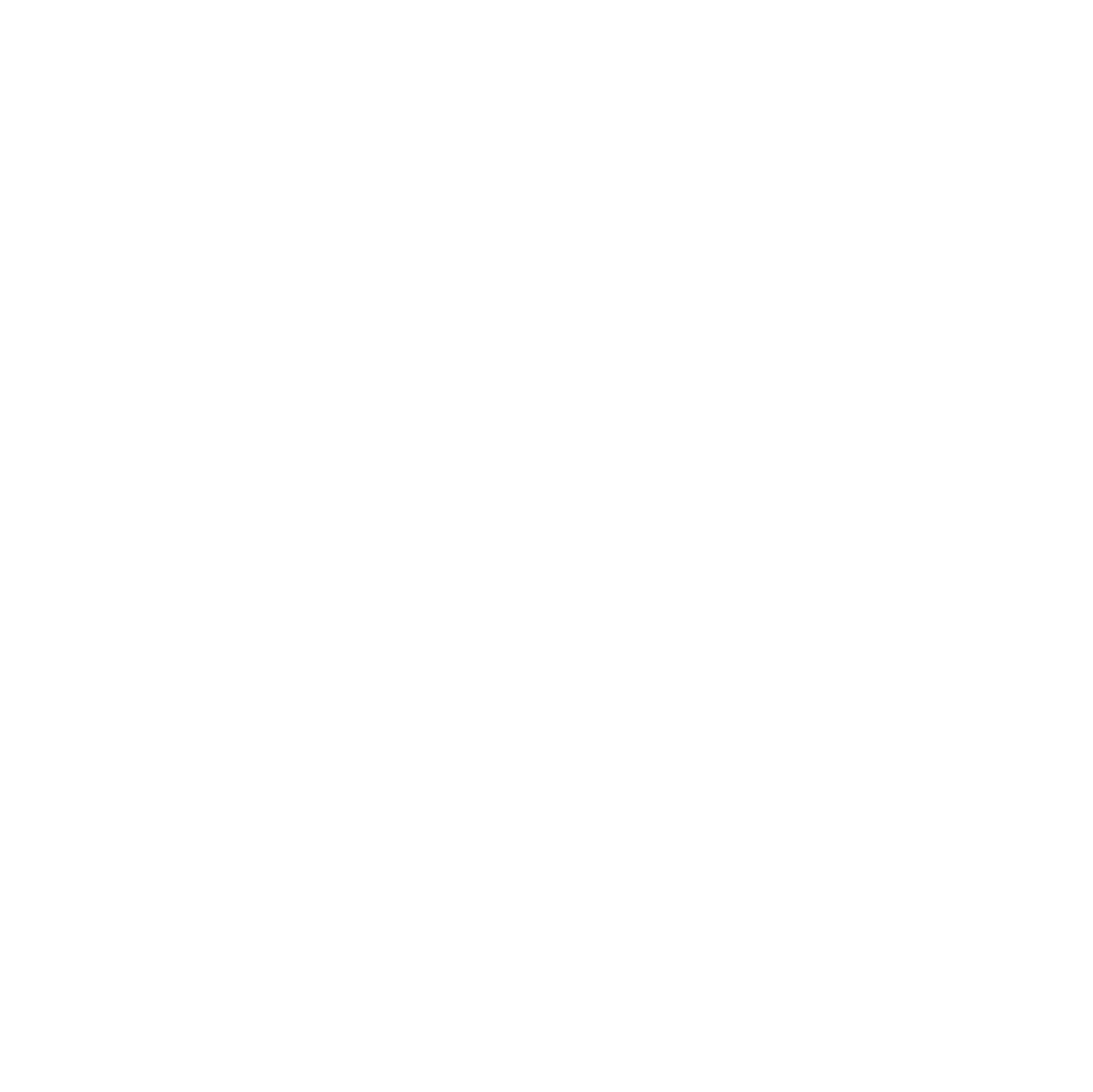 The Fast of Ramadan: Spiritual Lessons

The Fast of Ramadan: Spiritual Lessons

The fundamental objective of Ramadan is to attain Taqwa – to be conscious of our relationship with Allah at all times. “O you who have believed, fasting has been decreed for you, as it was decreed for those before you, so that you may attain Taqwa”, Qur’an 2:183.

During Ramadan we reflect on our purpose in life, and our goals and aspirations. Where are we headed? And what legacy do we want to leave behind when we pass away?

Ramadan teaches us something very intriguing: sometimes, we are so focused on feeding our body, that we forget to feed our soul with the worship of God. But in this precious month, we change that habit and concentrate on the soul. “Successful is the one who purifies his soul, while the one who pollutes it suffers failure.” Qur’an 91:9-10.

During Ramadan, we aim to regain control of our desires, and we seek to rid ourselves of unpleasant moral characteristics and bad manners. Ramadan teaches us that just as we control what enters our mouth, we control what exits from it – and we remind ourselves of the importance of avoiding rude speech, obscene language, slander and lying. The Prophet Muhammad said, “Whoever does not abandon false speech and bad deeds, then verily God has no need for him to abandon food and drink.” (Sahih Bukhari).

Ramadan is also about spending time with one’s family. During this month, families enjoy iftar together, go to the Masjid together, and put aside other worldly distractions to enjoy quality time with one another. We read in the ahadith that the Prophet Muhammad used to perform worship alongside his family and motivate them. Aisha reported that when the last ten days of Ramadan came, the Prophet would stay up at night, wake his family and strive hard (Sahih Bukhari).

Ramadan also teaches essential values about the community. The believer is reminded of the hunger the poor suffer from on a daily basis. The Prophet Muhammad was a role model in generosity, and he multiplied his generosity during the month of Ramadan giving selflessly to all those in need. Abdullah ibn Abbad said, “The Prophet was the most generous of all the people, and he used to become even more generous in Ramadan when Gabriel met him. Gabriel used to meet him every night during Ramadan to revise the Qur’an with him. And God’s Messenger then used to be more generous than the a powerful wind.” (Sahih Bukhari).

There are numerous benefits that fasting has on one’s health, many of which have been demonstrated in scientific experiments and clinical trials. The health benefits include:

For diabetic patients and patients with chronic illness on daily medications, it is recommend to consult one’s physician to determine what adjustments need to be made for Ramadan, provided one is healthy enough to fast.

The Fast of Ramadan: What You Need to Know

The Fast of Ramadan: What You Need to Know

The Fast of Ramadan

The fast of Ramadan is obligatory and has been prescribed by Quran and Sunnah. Allah SWT says: “O you who believe, fasting is prescribed for you as it was prescribed for the people before you in order for you to gain God consciousness”. “…The month of Ramadan, during which the Qur’an was revealed, a guidance for mankind, and clear proofs of the guidance and the criterion; and whoever of you is resident, let him fast the month” [al-Baqarah 185]. Prophet Mohamed (saws) said: “Islam is built upon five pillars: testifying that there is no God except Allah and that Muhammad is His Messenger, the establishment of the prayer, the giving of zakah, the fast of Ramadan and the pilgrimage to Makkah.” Talhah ibn ‘Ubaidullah reported that a man came to the Prophet and said: “O Messenger of Allah, tell me what Allah requires of me as regards fasting.” He answered, “The month of Ramadan.” The man asked: “Is there any other [fast]?” The Prophet answered: “No, unless you do so voluntarily.”

Abu Hurairah reported that the Prophet (saws), said: “The blessed month has come to you. Allah has made fasting during it obligatory upon you. During it, the gates to Paradise are opened and the gates to hellfire are locked, and the devils are chained. There is a night [during this month] which is better than a thousand months. Whoever is deprived of its good is really deprived [of something great].” Related by Ahmad, an-Nasa’i, and al-Baihaqi. Abu Sa’id al-Khudri reported that the Prophet (saws) said: “Whoever fasts the month of Ramadan, obeying all of its limitations and guarding himself against what is forbidden, has in fact atoned for any sins he committed before it.” Ahmad and alBaihaqi related this hadith with a good chain.

The Essential Elements of the Fast

The fast has two essential elements that must be fulfilled for it to be valid and acceptable. They are:

1. Abstaining from acts that break the fast: Allah SWT says: “Eat and drink until the white thread becomes distinct to you from the black thread of the dawn. Then strictly observe the fast until nightfall.”

2. Making intention (niya): The Prophet, upon whom be peace, said: “Actions are judged according to the intention behind them, and for everyone is what he intended.”

Who is obliged to fast?

All scholars agree that fasting is obligatory upon every sane, adult, healthy Muslim male who is not traveling at that time. As for a woman, she must not be menstruating or in post-partum bleeding. People who are insane, minors, and those who are traveling, menstruating, or going through post-childbirth bleeding, and the elderly and breast-feeding or pregnant women do not need to observe the fast. Some are to break the fast and make up the missed days of fasting at a later date, while others are to break the fast and pay a “ransom” (in which case, they are not obliged to make up the days they missed). Though the young are not required to fast, it is proper for their guardians to encourage them to fast so they will become accustomed to it at an early age.

Categories of those who are permitted to break fast:

Those who are permitted to break the fast, but who must expiate by paying “kaffara/ransom” for not fasting: Included in this category are elderly men and women and those who are chronically ill. These people are allowed to break their fast, because fasting would place too much hardship on them. They are obliged to feed one poor person [miskin] a day (for every day of fasting that they do not perform).

Scholars differ in relation to pregnant and breast-feeding women, who break their fast for their own or their baby’s safety. Some scholars require them to simply pay the “ransom”. Others require them to make up the missed days of fasting.

Those who are permitted to break fasting, but must make up for the missed days of fasting: It is allowed for those who are (not chronically) ill and for travelers to break their fasts during Ramadan, but they must make up the days they missed. Allah says in the

Qur’an: “And [for] him who is sick among you or on a journey, [the same] number of other days.” A sick person may break his fast if it would only aggravate the illness or delay its cure.

Eating a pre-dawn (Suhoor) meal: Anas reported that the Messenger of Allah said: “Eat a pre-dawn meal, for there are blessings in it.” Related by Bukhari and Muslim.

Supplications while breaking the fast and while fasting: Ibn Majah related from ‘Abdullah ibn ‘Amr ibn al-‘Aas that the Prophet, upon whom be peace, said: “A fasting person, upon breaking his fast, has a supplication that will not be rejected. When ‘Abdullah broke his fast he would say: “O Allah, I ask of You, by Your mercy that encompasses everything, to forgive me.” It is confirmed that the Prophet would say: The thirst has gone, the glands are wet and, Allah willing, the reward is confirmed. At-Tirmizhi recorded, that the Prophet said: “Three people will not have their supplications rejected: a fasting person until he breaks his fast, a just ruler, and an oppressed person.”

Refraining from performing any actions that do not befit the fasting: Abu Hurairah reported that the Prophet said: “Fasting is not [abstaining] from eating and drinking only, but also from vain speech and foul language. If one of you is being cursed or annoyed, he should say: “I am fasting, I am fasting.” This is related by Ibn Khuzaimah, Ibn Hibban, and al-Hakim. Abu Hurairah also reported that the Prophet, upon whom be peace, said: “Allah does not need the fast of one who does not abandon false speech or acting according to his false speech.” This is related by the group, except for Muslim.

Actions that fall under the second category:

The only action that falls under this category is intentional intercourse during a fasting day of Ramadan. According to most scholars, acts of expiation must be performed in the order that was mentioned in the hadith. The first command is to free a slave. If this is not possible, the person is to fast for two consecutive months. If that is not possible, the person is to feed sixty poor people with meals that are similar to the average meal in his household.

The Night of Qadr

It is preferred to seek this night during the last ten nights of Ramadan. Bukhari and Muslim record from Abu Hurairah that the Prophet, upon him peace, said: “Whoever prays during the night of Qadr with faith and hoping for its reward will have all of his previous sins forgiven.”

Aishah said: “I asked the Messenger of Allah: ‘O Messenger of Allah, if I know what night is the night of Qadr, what should I say during it?’ He said: ‘Say: O Allah, You are The Pardoner and You love to pardon, so pardon me.’ This is related by Ahmad, Ibn Majah, and by atTirmizhi, who called it sahih. (Abridged from the book of Fiqh-us-Sunnah, by: Shaikh Syed Sabiq – Volume 1, chapter of fasting)